CLEANING UP MY ACT

Dear Amelia,
Here’s a really good northern English word: hacky.
It means filthy or dirty or sometimes just plain old filthy-dirty and it more or less describes the state of Nanna’s house for the past month.
We’ve both been very sick, your Grandpa and I, first with this awful flu that’s been doing the rounds (the one we caught from you over the wedding weekend), then with gastro (me) and a foot infection (Grandpa, who we suspect was bitten by a spider).
All I’ve done for the past month is sleep, whinge, write the occasional blog post, whinge, read, whinge, watch TV, whinge, tell Grandpa to stop whinging and FOR GOD’S SAKE CAN YOU LIMP MORE QUIETLY IT’S GIVING ME A HEADACHE.
The good news is that by Friday I was better, so yesterday I channelled my inner Mrs Sparkle. 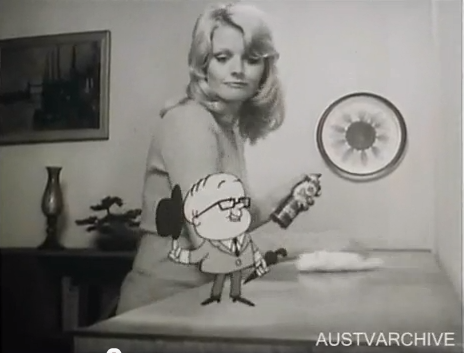 I tackled this hacky house of ours with a vacuum cleaner, mop, duster and an array of chemicals that only someone born in the 1950s could truly appreciate.
Which is a good thing because you never know when Barack Obama might pop round.
Your house could look like a Gossip Girl set for 11 months of the year, then that one month you’re feeling like crap and haven’t lifted a finger, the doorbell rings and there he is standing at your front door with Michelle by his side and 10 secret service agents crawling through your rose bushes.
Laugh if you like but this is exactly what happened to Sarah Jessica Parker a few weeks back.

Luckily SJP didn’t have the flu and she had Vogue editor Anna Wintour to help her deal with the dog hair on the couches.
But it still can’t have been easy having Barack and Michelle Obama plus 48 other intimate friends wandering through your home and wondering if that pubic hair by the toilet was fresh and presidential or had been there for the past three weeks.
I say “48 other intimate friends” but what I actually mean is 48 people who have paid $40,000 each to be in your house for the evening and meet the President of the United States of America.
I read all about it on the Internet during one of the brief periods when I wasn’t unconscious or delirious with illness.
Sarah Jessica Parker held a fundraiser for Barack Obama at her brownstone (which is a very desirable house) in the West Village (which is in Noo Yawk).
According to the nastier New York tabloids, Anna Wintour made SJP move out some of her furniture because SJP’s taste runs to shabby chic and Anna thought it was more the former than the latter.
Here are some pictures that were taken before the big event.
This is Anna Wintour. 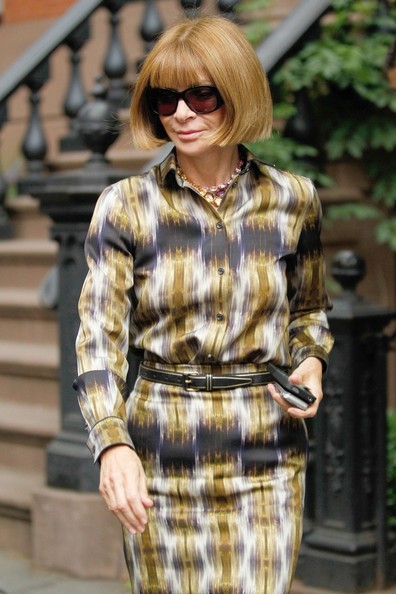 Here’s some furniture being removed from SJP’s house.

And here are the secret service people being secretive in SJP’s front garden.

I’ve no idea what sort of food was served at the event but if it had been me I would have given them Nigella’s Indian-rubbed Lamb Chops with Butternut, Rocket and Pine Nut Salad.

This is the first thing I wanted to cook when I felt better because it’s not only delicious and light, it is also a perfect combination of flavours.
It’s from Nigella’s book, Kitchen, and I can’t give you the recipe verbatim because of copyright reasons.
But here’s the gist of it.
The lamb chops are dead easy.
Just grab a large plate and mix together 1 teaspoon each of ground cumin, ground coriander and ground ginger, one-eighth of a teaspoon each of ground cloves and ground cinnamon, half a teaspoon of cayenne pepper and 3 teaspoons of sea salt flakes.
This amount of spice mix is enough for 12 lamb loin chops so I just made up half quantities.
Press each side of the lamb chops into the spice mix on the plate and cook them over medium heat in a couple of tablespoons of olive oil in a frying pan.
Three to four minutes per side should be enough.
You’ll find the recipe for the Butternut, Rocket and Pine Nut Salad here but this is basically what I do for two people.
Preheat the oven to 200C.
Take half a butternut pumpkin, peel and de-seed it, then cut it into slices the thickness of your thumb.
Cut each of these slices into 4 then tip the cubes into a bowl in which you’ve whisked together 1 tablespoon of olive oil and half a teaspoon each of sea salt flakes, ground turmeric and ground ginger.
Coat the butternut cubes in the spice mix then tip them into a baking tray lined with baking paper (but don’t clean out the bowl).
Roast the butternut in the oven for 30-40 minutes.
While that’s happening, toast 3 tablespoons of pine nuts in a small non-stick frying pan over medium-low heat.
This should only take a couple of minutes. Keep an eye on them because they burn really easily. Leave the pine nuts to cool.
Put 2 tablespoons of sultanas in the same bowl you used for the pumpkin, cover with 30ml of just-boiled water from the kettle and leave to cool.
Once cool, whisk in 1 teaspoon of balsamic vinegar and 1 tablespoon of olive oil.
Put 50g rocket or other salad leaves on big plate or in a bowl.
Scatter the roasted butternut on top, sprinkle over the toasted pine nuts then spoon over the sultana dressing, making sure the sultanas are distributed evenly.
Serve toot sweet, as they say in Noo Yawk.
Note: Nige’s recipe calls for sherry vinegar and golden sultanas but I didn’t have them so I used balsamic vinegar and ordinary sultanas instead (my inner perfectionist’s voice was telling me to pick out sultanas that were the most golden in colour but as usual I ignored it).
I also doubled the amount of vinegar.