← OXTAIL, SQUIDDIES AND A BIT OF A RANT
JUNE CLEAVER AND CARROT RISONI – WHAT’S NOT TO LOVE? →

Sorry about the photo quality – Annie Leibovitz I ain’t

Dear Amelia,
I’ve been really busy with work lately, so it was lovely to see you last week and take some time out, even if my visit was only a fleeting one.
It never ceases to amaze me how many cuddles you can fit into 12 hours if you really put your mind to it.
Also, have you noticed this yin and yang thing we’ve got going?
Eg: I love drawing on your blackboard and you love rubbing it out. It’s a perfect balance.
The bit you actually like best is cleaning the blackboard duster by bashing it against the palm of your hand.
The dusting gene skipped a generation on my side of the family so it’s good to see it’s re-established itself in you – you’ll be able to save Nanna from suffocating under a pile of her own filth.
Here are a couple of other dusting options we could investigate further down the track if you’re interested.
I found them on this website when your Grandpa was watching Band of Brothers for the 400th time and I was forced to either kill myself or surf the Internet aimlessly.
The first option depends on your Mum and Dad providing you with a little brother or sister but in the meantime we can always borrow your cousin Ava. 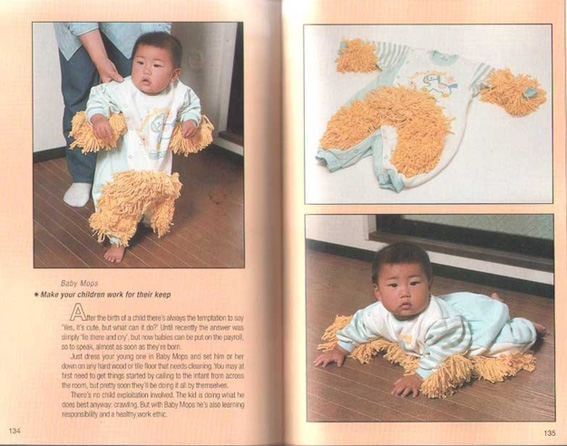 I made some prawn pasta for dinner last night, which your Grandpa loved but I thought needed a bit more oomph.
It came about because I had some nice fat prawns in the freezer and then when I went down to Reeves to get some veggies they had really nice-looking baby spinach and punnets of cherry tomatoes on special for $1.99.
They also had this Australian-made pasta.
If you read the guff on the packet you’ll see that Australia is one of the few countries in the world – possibly the only one – that can grow ready-packaged fettuccine in its fields.
Who would’ve thought?

I must say it was very relaxing and celebrity-cheffy wandering around Reeves, squeezing produce and putting fresh, seasonal vegetables into my basket.
If I was a bloke and wasn’t as old as Methuselah, I think I could easily have been mistaken for Hugh Fearnley-Whittingstall.

Put a big pan of water on the stove to boil and cook the fettuccine according to packet directions.
All up this should take 15-20 minutes.
While that’s happening, heat the oil in a big non-stick frying pan over medium heat and cook the garlic and chilli for 30 seconds.
Tip in the tomatoes, white wine and dried basil and stir until simmering, squashing the tomatoes down with the back of a wooden spoon.
Season to taste with salt and pepper and let it simmer gently for 5 minutes or so.
Add the prawns and when they start to turn pink, chuck in the spinach.
Cook, stirring, for a few more minutes until the spinach wilts and the prawns are cooked.
Drain the cooked fettuccine and tip it into the frying pan, tossing it around to coat with the sauce.
Serve with a bowl of Parmesan cheese to sprinkle over the top (OK, here’s a confession that should send me straight to culinary Hell – I actually prefer the taste of Grana Padano and that’s what I always use).
Next time I make this I think I’ll wilt the spinach in a separate pan and drain off any liquid before adding it to the sauce.
Or maybe I’ll forget about the spinach and use some fresh basil instead.

Edit: I made this again and added two finely chopped anchovies with the tomatoes. I also left out the spinach and when the prawns were cooked (but before I added the cooked fettuccine), I stirred in half a bunch of chopped fresh basil. It was really delicious – much better than the spinach version.