HOW NOT TO LOOK GOOD IN THE KITCHEN

Dear Amelia,
As you can see from the photo, I was on my knees by the time I finished cooking the Peking Duck last Saturday night.
We didn’t get to eat it until 9.17pm, which was unfortunate because my synapses stopped firing round about 8.04.
By then the kitchen and I looked like the Wreck of the Hesperus.
You may remember that the recipe I decided to use was from Gok Cooks Chinese by everyone’s favourite fashionista Gok Wan, of How To Look Good Naked fame.
As a result of what we now call The Night of the Long Ducks I actually emailed Gok’s people and asked if his next TV series could be titled How To Look Good Fully Clothed with Half a Star Anise and Three Cucumber Sticks In Your Bra.
No, I haven’t heard back from them and, yes, it was a long and messy process this road to Peking Duck-ness – almost Nanna’s kryptonite.
Not that Gok’s roast duck and plum sauce recipes were the culprits. They were both reasonably simple and extremely delicious.
But I almost lost the will to live during the Chinese pancake-making thing. It took FOREVER.
If your Grandpa hadn’t woken up and waved another bottle of wine under my nose I reckon I would’ve been a goner.
Your Grandpa actually had to have a 30-minute ziz during this latest culinary adventure.
Not because of the lengthy preparation process (although that didn’t help), but because he’d got out of bed before dawn to drive up Mt Melville and take photos of the sun rising over Albany, then he’d run around taking pics of the Australia Day citizenship ceremony at the council offices.
Unsurprisingly, by 7.34pm he was buggered.
His sunrise photos, though, are stunning. Here are three of them. 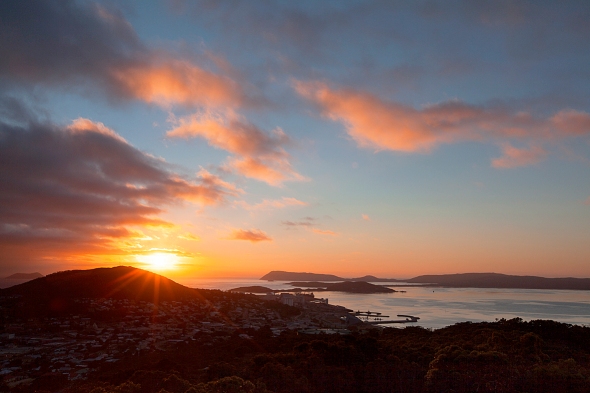 Next up is a picture of what your thumbs look like after they’ve prised open 16 very hot, thin Chinese pancakes to make 32 even thinner ones (the words “painful” and “shit, shit, shit” more or less cover this last stage of what is basically a 357-step process).

I’ve decided that my next challenge on the culinary front will be to make a chocolate cake using nothing but three cherry tomatoes and a potato masher.
I suspect it might be easier.
That said, in a minute I’ll give you the instructions for Poppa Wan’s Easy Peking Duck.
In the meantime here’s some BREAKING NEWS (well, not technically “breaking” because I’ve already done it once):
If you live in regional WA you can listen to me chat about a recipe on ABC Radio’s WA Regional Drive show with Barry Nicholls.
I started last week and I’ll be on every Thursday at 5.45pm in a segment called What’s For Tea?
Barry, the Regional Drive show’s presenter, is a father of four kids under the age of 8.
Thursday is his night for cooking dinner apparently.
Edit: Oops, I’m actually on once a month. I’ll let you know when my next segment is.

One year ago on this blog: Curried Glut 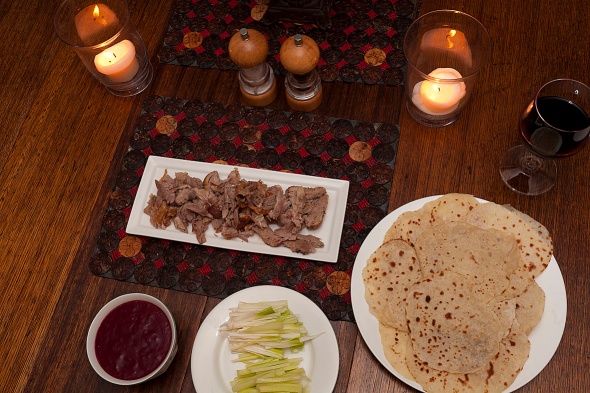 The duck
Buy yourself a 2kg duck from the supermarket and pat it dry with paper towels.
Leave the neck attached.
Sprinkle the inside of the cavity ALL AROUND with 3 teaspoons of five-spice powder. This is not easy. Swearing is just about compulsory.
Into the cavity, stuff  2 star anise, 1 peeled onion cut into 8 wedges, 2 spring onions and 4 peeled cloves of garlic that you’ve bashed with the flat side of your knife, and a 5cm piece of ginger that’s been peeled and sliced.
It’s a tight fit but you’ll manage to get it all in with a bit of pushing and shoving.
Close the cavity as tightly as possible by pulling the skin together and threading a bamboo skewer through it to secure it.
Grab another skewer and prick the duck all over. Make sure you do this lots and lots of times – more than you think you should probably do – so the fat runs out and bastes the duck.
Grind some salt over the skin and put the duck on a rack in a deep roasting tin.
Roast it in a 180C oven for 1 hour then increase the temperature to 220C and cook until the duck is done (the recipe says 25 minutes but mine took another hour, during which time I lowered the temp again – it still tasted good).
Let the duck rest on the bench top for 15 minutes while you self-flagellate with a wire whisk because, like a moron, you decided to make your own Chinese pancakes from scratch.

The plum sauce
This is fab.
Grab a medium saucepan and into it put 4 stoned and roughly chopped plums, 1 tablespoon water, ½ teaspoon of five-spice powder, half a de-seeded and chopped fresh red chilli, 1 tablespoon each of honey, light soy sauce and Chinese rice wine, 1 crushed clove of garlic, 2 rounded teaspoons brown sugar, ½ teaspoon ground white pepper and half a star anise (you’ll find a broken one down the bottom of the packet).
Bring to the boil over medium heat, then reduce the heat and simmer gently for 40 minutes, until the plums are very soft (you can add more water if it looks like it might boil dry but I didn’t need any).
Blend with a stick blender until smooth. Adjust to taste with more soy sauce and honey if needed (we liked it just the way it was). 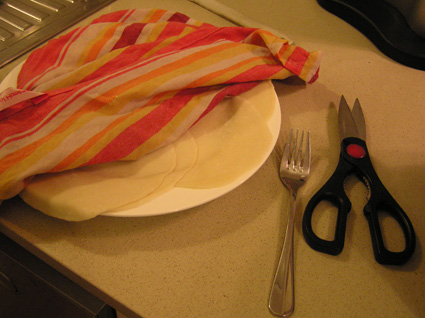 Keeping the pancakes moist until I’m ready to cook them. I don’t know why the kitchen scissors are there. Probably in case I want to end it all by gouging my eyes out.

Cooking the bastards one by one. They puff up and then you have to separate them into two. With your bare hands. While they’re still hot. 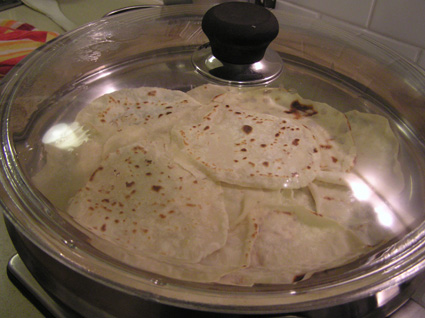 Keeping them warm in a steamer. An hour of my life I’ll never get back.

The Chinese pancakes
Buy them.
If you’re a masochist who wants to make your own, you’ll find the recipe I used here.
If I ever make Gok’s Peking Duck again (Look! There goes a flying pig!), I’ll serve the duck and plum sauce with Chinese broccoli or something.

How to eat it
Cut up the duck meat and put it on serving plate. Put the plum sauce in a bowl.
Thinly slice some spring onions and cut a cucumber into matchsticks. Put these on another serving plate.
To eat, spread some plum sauce on a pancake, top it with some spring onion, some cucumber sticks and some duck, roll it up and put it in your mouth.
Be prepared for some of it to fall into your bra.

Dear Amelia,
Someone has just emailed me and asked where Emu Point is.
So here are some details (pay attention, there will be a quiz later).
Emu Point is a few kilometres north-east of the Albany town centre and about a 10-minute drive from where your Grandpa and I live.
I had some very happy holidays there as a kid, staying at the Rose Gardens Caravan Park with my Mum and Dad and sister.
I’ve never seen any emus at Emu Point, only pelicans and fishermen and lots of locals and tourists who use the beach.
It’s very pretty and also the place where you can buy Albany Rock Oysters from a bloke called Ray Kilpatrick (no kidding) for $14 a dozen.
We’ve got a dozen sitting in the fridge right now, freshly shucked, bought this morning, ready for dinner tonight.
Here are some beautiful photos of Emu Point taken by your Grandpa.

All photos by Leith Phillips. Isn’t this one a corker? 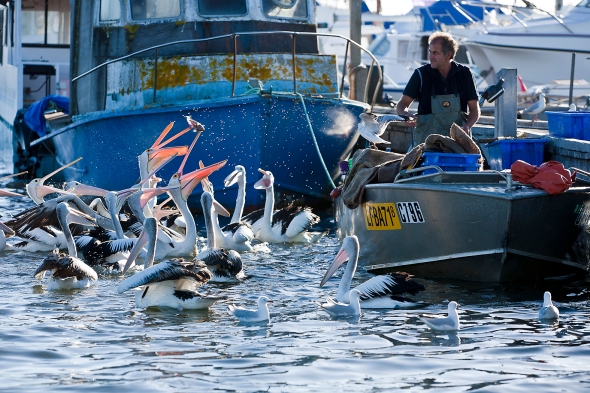 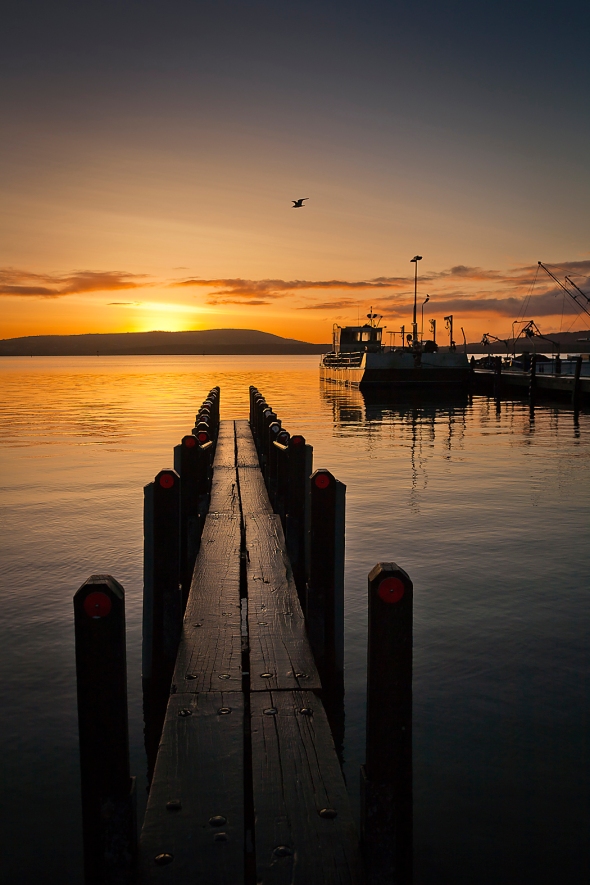 Dear Amelia,
In case you’re wondering, this isn’t a picture of me.
But if you look closely at the lady’s sleeve, you’ll spot my name.
This is because I’m writing a column for Sheila magazine, which comes out every two months and (blatant plug) is available at newsagents and Woolworths supermarkets.
Sheila magazine is not only beautiful to look at but also has recipes for pies.
But more of that later.
Seeing as you’re only 20 months old, you won’t be aware that the world’s most famous Nanna is celebrating her Diamond Jubilee this weekend.
It’s 60 years since Queen Elizabeth’s Dad died and she had to step in and take over running the country.
Well, not running the country exactly. The British government does that because the Queen heads up a constitutional monarchy, not an absolute one.
She does all sorts of other things but she doesn’t actually have much power.
In order to have real power she would have had to be a Queen in the olden days.
For example, if I had been an olden-days Queen on Friday night when I was watching Richmond beat St Kilda, I wouldn’t have had to sit there screaming, “Christ Almighty, make him stop,” when St Kilda coach Scott Watters castrated the English language at half time.
At the precise moment he said, “It’s all about maximising our opportunities and moving forward,” I would’ve been able to turn to my husband – your Grandpa, King Leith – and say, “Have him taken away and beaten to death with a dictionary.”
I suspect there are days Queen Elizabeth would dearly love to kill people – how she avoided it with Sarah Ferguson is anybody’s guess – but unfortunately for ma’am, the monarchy isn’t what it used to be.
This picture shows what Queen Elizabeth looked like when she was little like you. 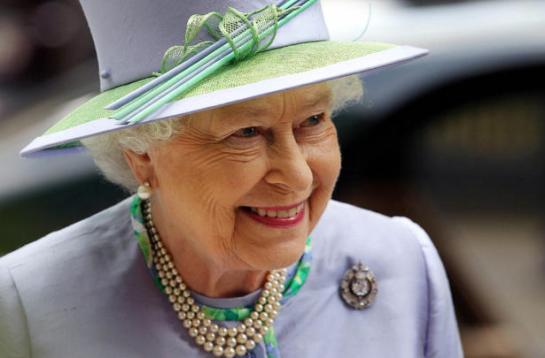 I’ve always thought she looks best in yellow, but according to Vogue magazine she favours blue.
Vogue looked at all the outfits she’d worn over a year and compiled a frock chart, which was reprinted in the Daily Mail, which is where I found it. 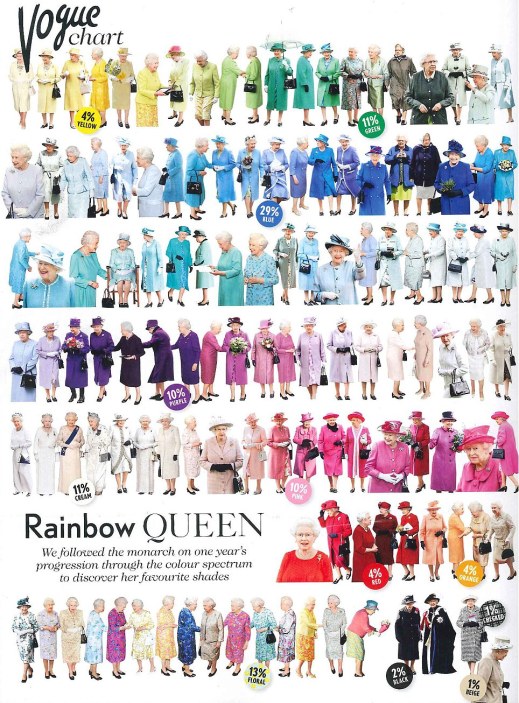 There are massive Diamond Jubilee celebrations in the UK this weekend and, as you’d expect, all sorts of people are cashing in on the frenzy.
My favourite casher-inners are these. 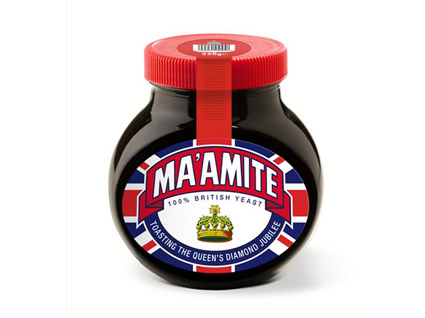 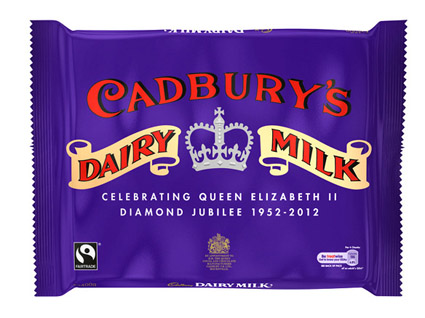 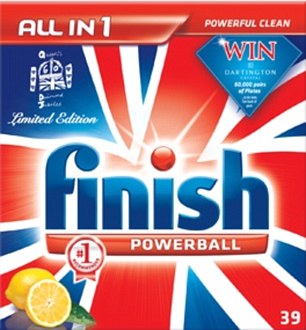 Being a bit of a Liz lover and an admirer of anyone who can put up with 12 Prime Ministers in one lifetime, I’m going to cook a very English dinner tonight and toast Her Maj’s remarkably long reign.
We’re starting with Potted Smoked Trout, followed by Roast Beef and Yorkshire Pudding, followed by Bread and Butter Pudding.
Then we’ll sit down and bounce ping pong balls off each other’s stomachs while we watch Her Maj and Co sail down the Thames on ABC1.
On the subject of great English dishes, there’s a very good recipe for Beef Wellington in the latest edition of Sheila magazine, which (blatant plug) is available at newsagents and Woolworths supermarkets.
It’s been a beautiful day in Albany today so I’ll finish up with the view from our deck.
Those funnels behind Mt Adelaide belong to a ship waiting to get into port.